Announced on National Agriculture Day, Commonwealth Bank has launched the 2019 Christmas Drought Appeal with a $1 million donation to help support farmers and communities across the country who have been devastated by recent and unrelenting droughts. Every dollar of the CommBank Christmas Drought Appeal will directly support Rural Aid and the Australian Red Cross […]

Despite tough conditions across some parts of eastern Australia, Commonwealth Bank AgQuip 2018 promises to deliver one of the biggest agri-events with over 3000 companies represented on site, and many launching new products and services during the field days. Kicking off on Tuesday 21 August 2018 AgQuip is the ultimate destination for agricultural innovation, product […]

Commonwealth Bank AgQuip 2017 was one of the best ever

When the Commonwealth Bank AgQuip 2017 primary industry field days concluded at Gunnedah NSW, it was hailed as one of their best ever. Fairfax Rural Events Group Manager Kate Nugent said the event had experienced one of its biggest attendances of its 45-years to date. Agquip attracted 100,000 visitors from the Central West and other […] 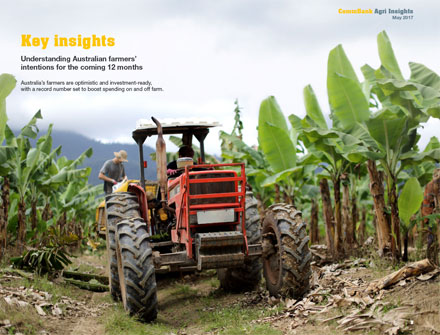 Australian farmers are more confident and optimistic about the future of farming than at any time in the previous three years. Sources: AFDJ eNews, The Australian A close-to-ideal season across much of Australia last year combined with record crop production and high prices for beef cattle, wool, lamb and sugar, is encouraging 35% of farmers to plan […] 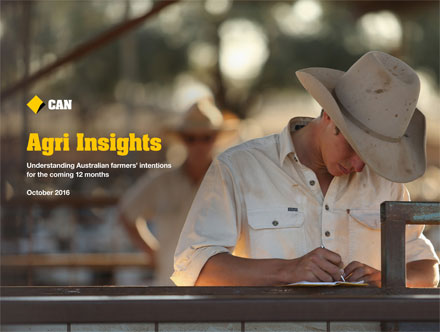 The Commonwealth Bank has released its sixth Commonwealth Bank Agri Insights report and it shows one of the strongest results to date, with farmers intending to increase investment across the majority of aspects in their operations. Source: AFDJ eNews According the report nationally the Agri Insights index is sitting at 10.2 points, the second highest […] Walgett agronomist Greg Rummery on the 17th of August named recipient of the 2016 Brownhill Cup during a ceremony held at the Commonwealth Bank AgQuip field days in Gunnedah, New South Wales. Mr Rummery, an agronomist and integral part of the Walgett community over his almost 30-year career, was acknowledged for his commitment to research and […]