Following the release of the report, the Retail Supply Chain Alliance unions – the AWU, TWU and SDA – are demanding a Royal Commission and ask good farmers to stand with them

They claim that exploitation, wage theft, and abuse that is rife across Australian farms in the wake of this explosive new report into the Australian horticulture sector.

The McKell Institute report, Blue Harvest, focused on blueberry pickers in the Coffs Harbour region, where thousands of backpackers flocked in search of farm work during coronavirus lockdowns in 2020.

An investigations team traversed the mid North Coast, gathering data and stories from blueberry workers employed during the 2020 picking season.

Some were paid as little as $4 a bucket to pick low-quality fruit, while others earnt just $3 an hour – well below the award rate of $24 an hour.

Others described common employment arrangements where accommodation, transport, food, and even vital equipment like gloves and berry containers had to be bought directly from farm-owners, reducing daily earnings.

The report also investigates how many workers are recruited by fly-by-night labour hire companies which use Facebook, WeChat and Gumtree to falsely promote fruit-picking as highly paid, fun work.

“This shocking new report can be added to the mountain of research indicating that Australian farms have become a hotbed of wage theft, exploitation, and worker abuse.

“It’s not just Coffs Harbour either – pick a spot on the map, and you will find outrageous exploitation. ” Mr Walton said.

“It’s about time David Littleproud woke up and took some responsibility for the sector he’s supposed to be in charge of.

“Under Mr Littleproud’s watch, Australian farms have developed an addiction to illegality and a domestic and international reputation as a place where you are likely to be ripped off or worse.

“The Minister needs to stand up and announce his support for a Royal Commission urgently.

“This idea that exploitation is limited to a few bad apples needs to be done away with. This is a sector defined by and built on illegality.

“By turning a blind eye, the government has created a system of rules and structures that rewards labour abusers and punishes those operators doing the right thing.

“We’d like to see good farmers stand with us and call out the bad operators, rather than staying silent and let the rip offs continue.

“It doesn’t need to be this way. There are developed nations that produce abundant horticultural exports without relying on labour exploitation to subside their product.

“Australia needs to decide if we want to take the ethical, high-productivity route or the unethical, labour exploitation route.

“To inform this decision we need a root and branch examination of the sector and a Royal Commission is the ideal vehicle.

Natalie Trigwell, a picker featured in the report, lost her Northern Rivers home in the bushfires and decided to take up farm work in Coffs region.

“I packed everything in the camper-van and headed off berry picking, just out of sheer desperation. I went down there and found that I was earning $15-20 per day,” she said.

“These foreign workers are often aware they are being exploited, but feel frightened and uncertain about making formal complaints,” Mr Cavanough said.

“Those who do complain often face hurdles like language barriers and bureaucratic delays which means their allegations are never investigated.”

•No worker shortage in Coffs Harbour

The COVID-19 outbreak actually increased numbers of migrant workers (mainly Working Holiday Makers) to around 2000 in the Coffs area during the study.

•The rapid growth of industry has led to bad behaviour

An increase of blueberry farms over five years has resulted in an influx of labour-hirers who exploit an abundance of short-term workers.

•Backpackers are being set up for exploitation

Tourists on the Working Holiday Maker visa wanting to extend their stay are vulnerable to underpayment, because of rules requiring them to work 88 days in regional Australia.

•Wage theft is a business model

Some workers have alleged gross underpayments as low as $3 an hour, orchestrated through the systemic abuse of piece-rates.

The McKell report also outlines a range of simple reforms including a crackdown on rogue recruiters, stronger penalties, greater enforcement from workplace investigators, reforms of Australia’s visa schemes and new laws to ensure farmers are required to pay a minimum hourly rate.

The Australian Workers’ Union, the Transport Workers’ Union, and the Shop, Distributive and Allied Employees’ Association, jointly funded the investigation through their Retail Supply Chain Alliance.

The Alliance believes the issues uncovered in Coffs Harbour is a mere microcosm of the industry where everyday workers harvesting grapes, berries, flowers, vegetables and fruits are systemically underpaid. 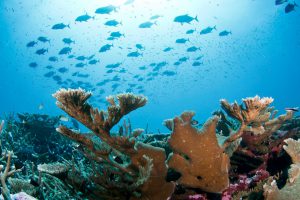 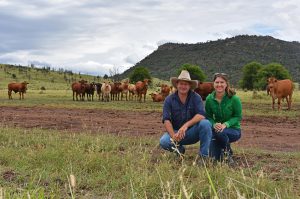 Australian farmers, and the communities where they live, face negative environmental, economic and social consequences if the Federal Government’s plans for a ‘gas-led recovery’ go ahead.

Bushfire season for 2021 brings with it different conditions

We should be preparing for a vastly different bushfire season as the effects of La Niña are felt across the country, according to the Australian Seasonal Bushfire Outlook: December 2020 – February 2021. 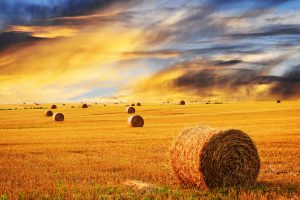 There are no excuses left says Farmers for Climate Action Chair Charlie Prell as warming tops 1.44 degrees Celsius and ground becomes too dry too quickly