Menu
Menu
Back to Briefs

The biennial BOM State of the Climate Report shows Australia’s north getting wetter, the south getting drier and extreme heat events increasing in frequency.

Australia’s climate has warmed on average by nearly 1.5 °C since national records began in 1910 and this is leading to an increase in the frequency of extreme heat events.

In the north rainfall has increased with corresponding increases in the frequency of flooding.

Weather conditions leading to extreme risk of fires have become more frequent and the length of the fire season has expanded since the 1950s, especially in the south of the country.

Oceans are also warming around the country, contributing to longer and more frequent marine heatwaves the likes of which have bleached vast expanses of Great Barrier Reef coral.

Sea levels are also rising around Australia, including more frequent extremes, that are increasing the risk of inundation and damage to coastal infrastructure and communities.

The number of tropical cyclones has actually fallen since 1982 but the ones we do get are predicted to be bigger and more destructive than previously.

Farmers for Climate Action chairman Charlie Prell said, “Every new report on climate change tends to be more dire than the last, and this new research is no exception.

“Over the last year, farmers have grappled with droughts, floods and some of the worst fires in living memory,” the New South Wales sheep producer said. “There’s now clear evidence that rising emissions are driving the risk of these events, and without action on climate change, 2019 won’t be exceptional, it will be the norm.

“Today we have a choice, but very soon that choice is going to be taken away. Will we choose to invest in a sustainable and profitable renewables-led recovery, or will we sacrifice our future and the futures of our children and grandchildren, and make decisions mired in out-dated tradition and ideology?”

Read the full report from the CSIRO Bureau of Meteorology here. 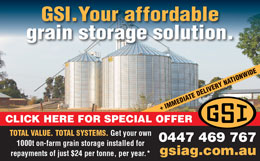 Australia has been declared officially free from citrus canker following remaining restricted areas in the Northern Territory (NT) being lifted on 13 April 2021.

A new Drought Resilience Adoption and Innovation Hub based in Darwin is set to transform the way that Top End producers and communities prepare for and respond to drought.

ALRTA gives its response to the proposed horse transport standards

The ALRTA has responded to a consultation paper containing proposals to establish new standards and guidelines for the land transport of horses.

Assistance for Tropical Cyclone Seroja provides payments of $1,000 for adults and $400 for children

Aussie macadamia growers working together in a co-operative have announced they are expanding their joint operations in Queensland, creating 40 additional jobs.

Applications for farmers to participate in the Australian Government’s $23.5 million Carbon + Biodiversity Pilot are now open.

The International Dairy Federation says there is a lack of evidence-based information about the important role of lactose as part of a healthy diet.